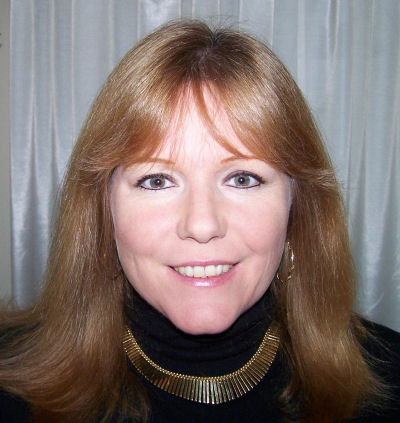 Born in Pennsylvania to globetrotting parents, Doris James’ family moved from Edison, New Jersey to Tripoli, Libya, where her father built a power plant. Doris found adventure and intrigue amid ancient markets and Roman ruins. Beirut, Lebanon presented even more excitement with its Crusader castles, Phoenician ports and world-renowned shopping. After narrowly escaping death on an outing to the port of Sidon, her family moved to Saudi Arabia where Doris and her mother turned bargaining with local merchants into a game requiring cunning, wit and exact change. Needing further education, Doris chose Rome, the Eternal City, as her next classroom.

While at Marymount International School, Doris frequented the Coliseum, Vatican City and Spanish Steps. She even witnessed the election and coronation of Pope John Paul II. Returning to New Jersey, she graduated from Blair Academy, then attended Rider University and married her college sweetheart after earning a Bachelor of Science in Commerce. Her jobs, ranging from public relations, MIS coordinator and cost accountant, were replaced by raising two sons. Doris looked upon her new mission as a second childhood, except this time she had the money, the car and the rulebook.

With her husband’s encouragement, Doris began writing Harmonic Pulse and found that it’s a lot like being in love. She’s completely immersed, oblivious to the rest of the world and focused on adventure. Harmonic Pulse is just the beginning for this New Jersey writer.